And do you know who is doing the persecuting? Well, obviously, there's the usual suspects -- women, Muslims, liberal Christians, liberals, feminists, moderate Christians, environmentalists, the Pope, the media, abortion doctors, and, of course, Obama. But there's no group quite so insidious, quite so brutal, quite so relentless and hateful as gay Americans.

In other words, they're basically ISIS. And I'm not even really exaggerating here, except completely. But this is actually a concern some right-wing Christians have been expressing, as in the article The Gay Rights Movement: ISIS Without the Bullets?

It's a provocative question -- if, by provocative, one means bat-shit crazy. But, as Patheos blogger Libby Anne demonstrates rather well, bat-shit crazy is more or less a way of life for the article's author, Gary DeMar.

But the sentiments DeMar puts forth are hardly unique to the furthest fringes of the right-wing. They're rather a common refrain among the pro-discrimination crowd: it's persecution not to be allowed to discriminate against gay people. Throwing in ISIS is just the crazy-frosting on the rabid-bigot-cake.

DeMar's argument is that since breaking the law comes with consequences, sometimes financial ones, in the United States, American Christians who want to break the law are basically in the same boat as victims of ISIS, who must convert of die. Other than the dying piece. Which is kind of like saying that a paper cut is like a beheading, except you get to keep your head: still three degrees past are-you-freaking-kidding-me?

There's a lot more that could be said about it, but these points are worth making.
But, as I alluded to earlier it isn't just one random homophobe spewing absurdities on his blog. This persecution complex is pretty inherent to the religious right these days. It's the message from celebrities like Josh Duggar (of '19 Kids and Counting'), who suggests that not being allowed to persecute people is actually an example of Christians being persecuted, to presidential hopefuls like Mike Huckabee, who thinks that...well, not being able to persecute people is evidence of Christians being persecuted.

Huckabee didn't mention ISIS, but he didn't need to invoke gay Jihadis in order to stumble through the looking glass.


I think it’s fair to say that Christian convictions are under attack as never before. Not just in our lifetime, but ever before in the history of this great nation. We are moving rapidly toward the criminalization of Christianity.

Because, you see, if gay people are allowed to wed, and religious charlatans can't force damaging pseudo-medicine on gay people, Christianity and Christians are under attack. It's not just bad, it's worse than it's ever been.

Basically, ISIS is at the gates. Demanding cake for their gay weddings.
Posted by Rachel at 5:19 PM 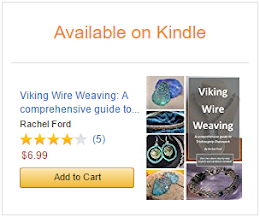